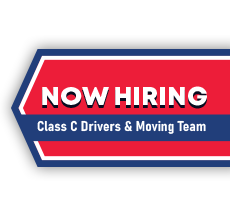 If you’re making a long-distance move, the moving company you choose should have what it takes to get you there. Turner Moving & Storage has been in business since 1949, completing moves within California and beyond. In addition to our long-distance moving services, we offer:

When looking for a long-distance moving company, not only do you need one with a wide range of services, but you should hire one you can trust. At Turner, we’ve been completing long-distance moved with ease since 1949. We’re family-owned, fully-licensed and insured.

If you’re making the move from California to Oregon, then give Turner a call at (707) 255-8600 or fill out a free estimate form today!

It’s no secret that people are leaving California. In 2020, more people moved out of California than ever before. People have been leaving the Golden State steadily since 2016, according U-Haul.

At Turner Moving & Storage, we have been completing interstate moves since 1949. Lately, we’ve been moving a lot of our customers out of California to Oregon.

Oregon is California’s northern neighbor, and not too far from Napa, where Turner is based. Many people may choose to move to Oregon for its proximity to the Golden State – it offers a less expensive, simpler life, without leaving the Pacific Coast altogether.

Another reason many people are choosing to move to Oregon is the cost of living. California is 19.3% more expensive on average than Oregon. That means housing costs, groceries, transport and other necessary expenses are all less expensive in Oregon. Oregon also has no sales tax, which cuts down the cost of living even more.

While California’s climate is sunny year-round, Oregon has a cooler and more varied climate. This is desirable for people who want to get out of the heat but still enjoy sunny summer days. People living in Oregon will experience all four seasons throughout the year, unlike those living in California.

Oregon’s gorgeous scenery is a large draw for visitors and residents, too. The Oregon coast is lined with beaches, lighthouses, cliffs and sand dunes. The central part of the Beaver State is home to the Cascade Mountains and Mt. Hood, the highest in the mountain range.

A Look at Some of the Best Cities in Oregon:

Portland: One of the most environmentally-friendly cities in the country, Portland is the largest city in Oregon. With nearly 650,000 residents, the “City of Roses” is always growing thanks to major employers establishing headquarters there. Portland offers a big-city vibe while also giving its residents the beauty of the outdoors. There is something for everyone in Portland.

Eugene: Another popular destination for relocations in Oregon is Eugene. It’s a small city that offers a lot of nature and outdoor recreation to its residents. Its booming tech industry has been a major reason for growth in Eugene. Home to the University of Oregon, it’s a great city for sports lovers, too.

Salem: Home to many colleges and universities, Salem is about the same size as Eugene and was named one of the Best Places to live by U.S. News and World Report. It’s location between coastal towns and cities like Portland make Salem a great option for people moving to Oregon.

Gresham: A city with small-town charm, yet all the amenities of a big city, Gresham is the 4th largest city in Oregon. It’s one of the healthiest in the nation, thanks to more than 300 acres of park land, 840 acres of natural areas and 376 physicians per 100,000 people.

Bend: Just east of the Cascades is Bend, a city known for its world-class outdoor recreation, including snowboarding, skiing, rock climbing, whitewater rafting and mountain biking. Bend is home to the most microbreweries per capita in the nation, so it’s a paradise for craft beer enthusiasts.

Moving across state lines is a big task, so make sure that your moving company is experienced and knows what they’re doing. We’ve been in the moving industry since 1940, so you can rest assured Turner has the experience to move you to Oregon quickly and efficiently.

Get A Free Long-Distance Moving Estimate from Turner Today

Whatever city in Oregon you’ve chosen to settle in, Turner Moving & Storage can get you there.

What is a Moving Valuation?

This is coverage for your belongings that financially protects them when lost or damaged. Most moving companies offer different levels of valuation and some offer separate liability coverage. All established movers will offer a level of free valuation, and then you can pay for extra protection. That cost will be based on the weight and value of your items. Speak with your moving representative to learn more about moving valuation, or insurance.